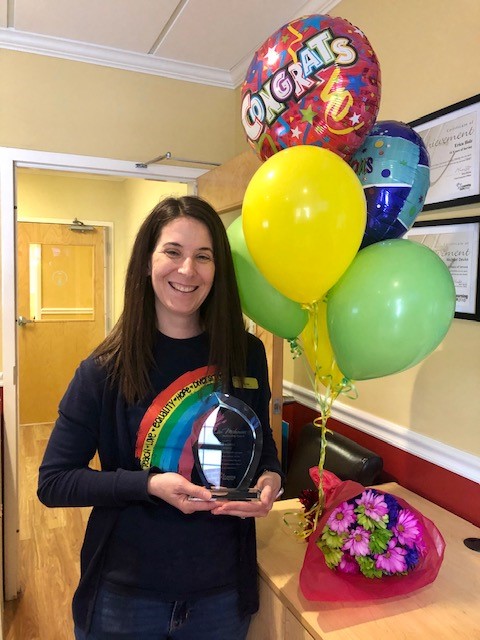 This mentorship award was established in the name of Lisa Miskimins, Senior Vice President of Operations – an outstanding leader and advisor to many in the early childhood education industry.  With this distinction, each year, the company honors a teacher who shows remarkable leadership attributes and an ability to guide others to perform at their best.

Holz is a highly experienced educator and leader who has played an integral role in the hands-on training for the company’s newly hired Program Assistant Directors in her District for many years. She demonstrates one of the greatest hallmarks of a gifted leader:  the ability to recognize and encourage leadership traits in others.

“Erica’s dedication to mentoring her colleagues is truly exceptional,” said Lisa Jorgensen, District Manager, Nebraska.  “She has high expectations, and consistently goes above and beyond to support her colleagues in achieving their full potential, leading by example. We deeply appreciate everything she does to inspire excellence.”