A “Mom”ent Only a Mom Can Handle

One of our own favorite moms, Harmony Faust, recently became a mother to the adorable Henry, and she’s learned very quickly some of the trials and tribulations of being a parent. Check out her “Mom”ent to see why being a mom is sometimes more of a “poopy” job than one expects. 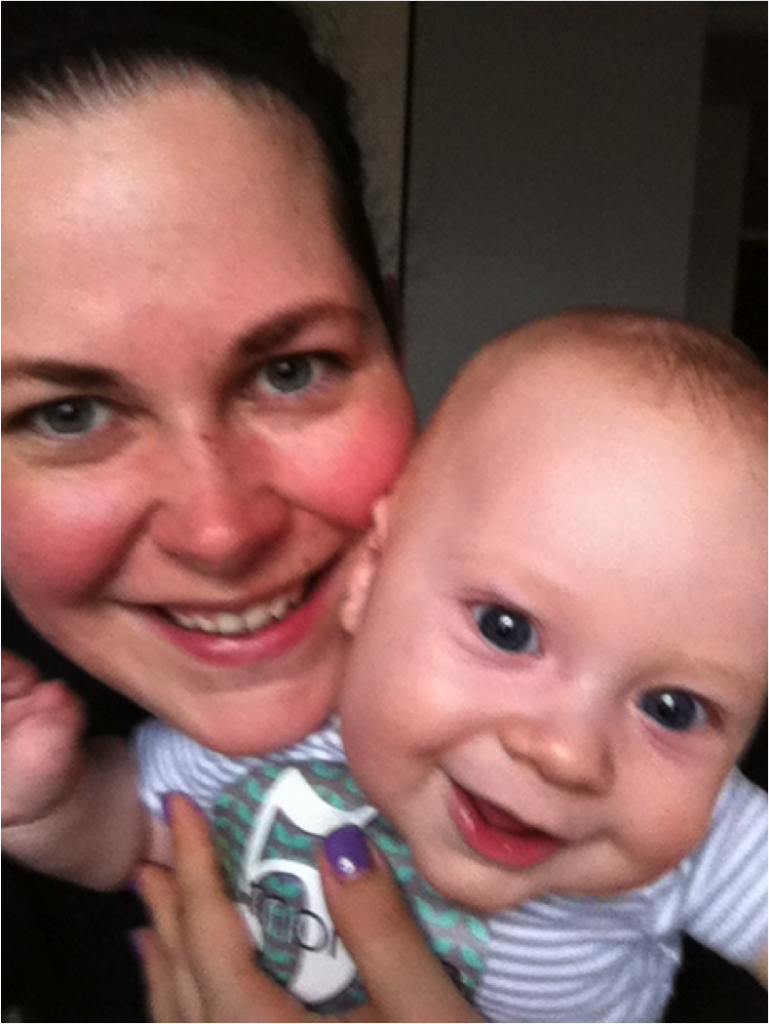 My friends with babies had all warned me that after having a child I would spend an unusual amount of time focused on my tiny human’s bodily functions. So, when we were discharged from the hospital with a chart upon which we were instructed to record every wet and soiled diaper for the next two weeks, I took it very seriously. I became a self-taught scholar of my son, Henry, learning about the health of his insides by intently studying the various substances that ended up on the outside—diligently making note of the frequency, volume, color and consistency.

This cataloging effort felt to me as if it were in some way a part of my formal initiation into the mom club. And when I first fumbled a diaper change and ended up covering myself, my husband, my baby and all of the items on and around the changing table with the contents of Henry’s diaper, I knew that I had arrived as a full-fledged member of the motherhood.

The magical line on Henry’s diaper had turned from yellow to blue, telling me he was due for a change. More confident now, after just three days of practice, I laid him down, pulled his onesie up around his adorable pot belly and started to remove his diaper.  It all went so horribly wrong. His poop had begun to “transition” from the difficult but contained meconium-based substance, to this voluminous liquid that came spilling out and on to us both.

The wipes weren’t opened and ready, the clean diaper wasn’t out of the drawer and my every move made the situation more disgusting and more comical. The second my husband came home from the grocery store I called him to my rescue— leaving his truck to sit wide open and full of the remaining grocery bags in the middle of the driveway for the 20 minutes it took to restore the situation to some semblance of order.

Of course, I fell in love with Henry the very first instant his skin touched mine there in the delivery room. I felt so wholly and deeply bonded to him, as his mother, in a way I never could have imagined and no friend ever could have explained. But there, in his nursery, as I was making my first of many rookie mistakes, that’s the moment I knew. I had transformed not only into a mother—selfless, unconditionally loving and nurturing (three characteristics I did NOT have until Henry gave them to me)—but I had become this other person, a mom. Only a mom is capable of being at once totally horrified and completely amused at the sight of so much poop.

The way we, as parents and caregivers, respond to children’s questions and worries will help them through difficult times and teach them to cope during future challenges.  We wanted to provide you with information to help you recognize signs of stress in children and offer you suggestions for helping children manage stress.
August 7th, 2019

How We Develop our Grow Fit Menu

By Nicole Spain, Registered Dietitian The planning that our team does for your child’s menu at school has requirements that are laid out by the USDA and state licensing agencies.  By following the USDA guidelines, we are ensuring your child has foods that provide a variety of vitamins and minerals as well as fiber, while […]