Redshirt, Greenshirt – The Surprising Pros (and Cons) of Starting Kindergarten a Year Late 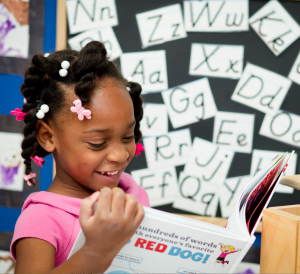 The media is full of alarming statistics about supposed benefits of being the oldest in the class. “Redshirting” – holding your child back from starting Kindergarten a year (or even two) – is the latest fad in so-called early education trends. It’s an extreme version of holding back “late born” children. No longer content with holding back fall- or even summer-born children, more parents are holding back their spring-, winter-, and even previous year’s fall-born children.

That means more and more kiddos are starting Kindergarten at the age of 6. More and more parents are succumbing to the pressure to have their child be the biggest, fastest, and most mature in the classroom. And, unfortunately, more and more schools are taking the easy way out and moving their Kindergarten “cutoff date” even earlier in the year.

Because, of course, it’s easier for schools to have older, more developed children in their Kindergarten classrooms. There’s a lot less crying, nose-picking, and general squirrelly-ness in a class full of 6-year-olds. But it’s a tremendous waste of early learning opportunities – and a trend that I don’t support.

Redshirting, in its current form, isn’t about making the best choice for children, based on what we know of child development. It’s about gaining an imagined competitive advantage over other classmates. And competition doesn’t belong in the Kindergarten curriculum.

There simply isn’t much research that proves this is a good idea in the long run – and lots that shows it’s a bad one. Redshirted kids tend to do well through elementary school, but by high school they are less motivated, and perform less well, than their younger classmates. Children are inspired by their older friends. Starting out on top of the heap might not be the greatest thing to spur motivation and excellence.

Good schools understand child development, which isn’t changed by fads and trends. They understand that pressuring little kids to compete too early can actually be damaging to their later success. They also worry about the younger children in the classroom who now have to fend for themselves with classmates who can be a whole year – or more – older than they are.

Starting Kindergarten at the age of 5 or even 4 is fine – and even preferable – for many children. That is, as long as the school understands that your child’s social and emotional growth is the foundation of his academic success. Good schools promote young children’s creativity, play, and social learning. Your child will thrive now – and later – because of a play-based curriculum. Of course, there are children who certainly do benefit from an extra year of preschool – whether they’re “late born” or not. But those kids should be the exception, not the “new normal.” To help make your decision, review my Kindergarten readiness checklist. I hope it will help you consider “greenshirting” your kiddo!

Dr. Wittenberg is a psychologist specializing in the development of babies, toddlers, preschoolers — and parents. She offers no-hype, practical parenting advice on her blog BabyShrink — rooted in science, and road tested in her own home as the mother of four young children. She has helped thousands of parents over the years and knows that the most common problems with young children — sleep, feeding, potty training and behavior — can be the most difficult ones to solve.

The way we, as parents and caregivers, respond to children’s questions and worries will help them through difficult times and teach them to cope during future challenges.  We wanted to provide you with information to help you recognize signs of stress in children and offer you suggestions for helping children manage stress.
February 6th, 2020

No matter the weather, there are many benefits to letting kids play outside! Here are just a few reasons why.
January 9th, 2019